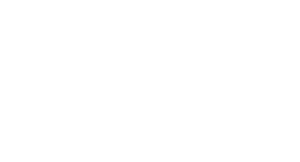 From the heart of
the Back Roads

As founder, Colby Gaines knows the back roads of life are littered with funny moments and compelling experiences. Moments that make engaging stories; stories waiting to be told. We find them and tell them.

BRE recently relocated from NYC to Austin, Texas to utilize prevailing local tax incentives, its experienced talent pool, lower production costs, and more family-oriented Texas lifestyle. Our studios offer the full complement of video and edit equipment to execute everything in-house. We develop, sell and produce across all genres for broadcast and cable networks, both domestically and internationally, as well as digital platforms.

All unscripted. All the time

Owner Colby Gaines is one of the top storytellers in entertainment. He’s well known for having co-created cable’s longest-running hit show, Pawn Stars. BRE’s current slate of partners include major streamers, A-list celebrities, and companies like Mediapro, Sony 360 Audio, and others.

ABOUT US
Meet the team
The back roads team has years of experience producing ratings-topping TV shows, entertaining branded content, music videos, and digital series. We’ve built a team that includes strategic partners from all walks of life, who share a love of comedy, a passion for original storytelling and are driven to produce highest quality content.

Founder
​Colby Gaines is an Emmy-nominated executive producer and founder of Back Roads Entertainment responsible for the company’s programming, development and day-to-day operations.
Since establishing the company in 2011, Colby Gaines has created, sold and produced over 30 series, specials and pilots for networks such as such as A&E, Lifetime, Discovery, Food, Travel Channel, TLC and E! among others. Previously, he was the co-founder and owner of Leftfield Pictures, co-creating the juggernaut hit Pawn Stars (History).

Alexis O’Donnell joined the Back Roads Team as an intern before moving up the ranks to Sr Director of Development. She’s a graduate of New York University’s Gallatin School of Individualized Study where she majored in Storytelling and Engagement for the Modern Entertainment Industry, with a minor in producing.

Maclane Paddock is a recent graduate of the University of Texas at Austin Moody College’s Radio, Television, & Film program and the Executive Assistant at Back Roads Entertainment. Previously, Maclane served as the Coordinating Producer for short-form sports industry content at Inner Market Media and as a Development Assistant for Kill Claudio Productions, an independent production company where she spent two years working in scripted entertainment.

With over 20 years of Entertainment and Television experience, Endyia Kinney-Sterns is an accomplished television producer and network executive. Named one of the “Top Female Executives in Hollywood” by Essence Magazine, Kinney-Sterns has been instrumental in identifying and developing new programming for various networks, including OWN, VH1, BET, CBS, NBC, HGTV, and production companies such as A Smith & Co. Production Company and Arnold Shapiro Productions just to name a few.

​We are always on the look-out for new talented, hard-working folks that share our vision.

Submit your details here or email us contact@backroadsentertainment.com

Back Roads Entertainment is committed to nurturing those entering the production community. As a premier ATX production company, we offer internships on a part-time basis and school credit is required. If you’re interested, send your resume and contact info to: contact@backroadsentertainment.com